As I was preparing for this week’s sermon I have been thinking about what we have already covered as way of review. It is amazing to me how we can never exhaust the teaching that the Bible has for us. Christians frequently remark how the same passages, when visited again, can teach us new insights by the Spirit’s power.

Today, I was reminded that the text we studied regarding the counter-cultural relationship between husbands and wives, Ephesians 5:22-33, has other sorts of rich teaching in it for those who care to study it from many angles. Remember this passage?

“For this cause shall a man leave his father and mother, and shall be joined unto his wife, and they two shall be one flesh.”

That is from Ephesians 5:31. Its also a citation from Genesis 2:24. Paul used the Old Testament’s account of the creation events in the Garden of Eden to prove his case. He used it to add authority to his teaching about husbands and wives. Because of the creation of Eve from Adam, and because of her presentation to Adam by the Father (what a marriage picture!) and because of their subsequent one-flesh union, Paul says wives should submit to their husbands and husbands should be the loving head of the wife. We investigated the relation aspect pretty thoroughly over the past weeks.

But a noteworthy lesson that we did not cover in the sermon on this text is this – Paul, inspired by God the Holy Spirit, assumes the creation account to be literal. The story of the creation of the first man and first woman is not a figurative or poetic event or a literary device of some sort. The Garden of Eden is assumed to have been a real, physical, geographic location. Adam and Eve are considered by the apostle Paul to be real, literal people – people that God points us to in order to prove the relationships he desires us to have in our marriages.

If we reject the creation account as some sort of allegorical legend or mythical literary device, then much of the New Testament does not make sense. Passages such as Ephesians 5:22-33, which cite the creation account as authoritative, lose their authority. If Genesis is myth, the New Testament falls with it and the Bible must be discarded. This is, of course, one of many battle fronts where the enemies of Christ attack the Bible. They know that if the Genesis account is mere legend, then New Testament Christianity falls with it.

When we rely on our own understanding, unregenerate human reasoning says that the Bible is foolish, untrustworthy and filled with such myths. But the Spirit testifies to the regenerate mind that the Word of God is true and trustworthy. When we are renewed in mind, we no longer “hold the truth in unrighteousness” (Rom. 1:18), but the truth of God as revealed in the whole Bible becomes a living and true testament. What’s more, we see how the Word of God, when applied humbly and consistently to life, produces a great joy, peace and contentment – the very things that the world lacks. When we look to the great “cloud of witnesses” (Heb 12:1), those here and those who have gone before us, we see the fruit of God’s Word manifest in real people’s lives as an encouragement to stay the course. All of these accumulate to strengthen our faith with regard to the trustworthiness and authority of the Bible.

Chasing man’s faulty reasoning has led men to despair. God’s Word, believed and applied, not only saves but brings many blessings. But we cannot take it in bits or pieces. The Bible stands as a whole, or the whole must be rejected. 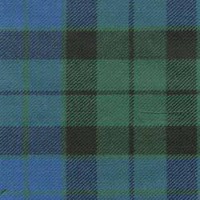